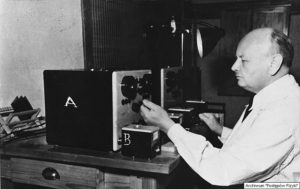 For Outstanding Achievements in Polish Natural Sciences given in cooperation with the University of Warsaw Institute of Natural Physics.